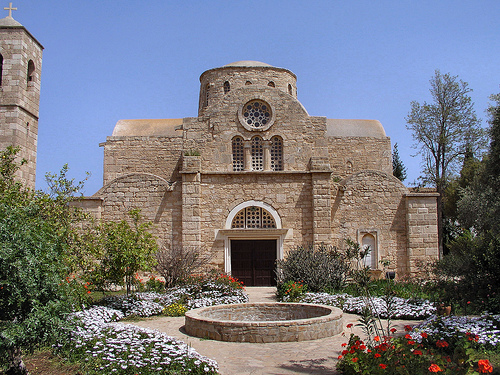 NICOSIA, Cyprus –  A senior cleric from Cyprus’ Orthodox Christian church has banned couples who marry in civil ceremonies to take wedding photos outside churches and chapels in a part of the island that is popular with holidaymakers.
Metropolitan Vasilios of Constantia and Ammochostos told local TV channel Sigma on Friday that he imposed the ban after “shameful” photos surfaced online of what appeared to be a bride performing oral sex on her husband outside a chapel.
The Metropolitan said he wrote the attorney general to ask if there are grounds to take legal action against the British couple, but hasn’t yet received a reply.
He said the couple’s behavior caused “great upheaval” in the community and was a moral affront. He says visitors should show more respect.

We The Kingdom Announces Headlining Tour For 2022

Peterson Okopi Emerges As The Discovery Of The...

Gospel Singer Lilian Nneji and Her...